We probably all have heard the words “diamonds are a girls best friend” said and sung by the beautiful Marilyn Monroe; however surprising fact is that she didn’t even wore diamonds.  All of her jewelry was costume jewelry with only the exception of a string of pearls and a diamond ring given to her by Joe DiMaggio, her second husband.

Maybe Marilyn caught on to something. That something being, that stuff is just stuff. It’s the memories and the emotions we connect to those things that make them worth so much to us.

To me a diamond was just another stone. An overpriced stone. Diamond rings are gorgeous don’t get me wrong, but they are just not for me and I don’t think they are for everyone. Personally there is no connection between me and diamonds. For me if I am going to wear the same ring on my finger for the rest of my life I want it to mean as much to me as humanly possible. Not only will it represent Nick and I’s love, our future together, but much much more. I have also never been a fan of how engagement rings now of days kinda end up representing what you can afford / how much money you have. Your love has nothing to do about money and neither should something so important and special as an engagement ring. This always brings me back to the thought that wealth has very little to do with money itself. Your happiness, your love is your wealth.

I am so so very happy Nick and I choose to go with a aquamarine. I have always dreamed of having an aquamarine which is also my birthstone, my Great Grandmas birthstone as well as the large center stone to her wedding ring. And not only did I want aquamarine, but I wanted a light pale sea-foam aquamarine because ever since I was a little girl that was always what I pictured when I thought of my birthstone and apparently I have very cheap taste haha. Apparently the lighter and paler then aquamarine just like most stones, the less expensive it is. And I didn’t even care because its not the price tag that should make you love something it should be everything you connect it with. The love, the energy that you put towards that item which will then bounce back on to you. When engagement rings first originated, the most used gems were actually rubies and emeralds, it wasn’t till 1930s during the Great Depression that Dimond rings became typical and a must due to marketing. Every Stone has its history and its own healing properties (if your into that☺️). The Greeks and Romans use to give aquamarines in the form of jewelry to their lovers, with the meaning of focusing their relationship on love and not lust, which is definently something that speaks very true for Nick and I’s relationship, being that we are waiting till marriage. Aquamarines are also the stones of the sea, of water, and I have always had this special connection with water and I am always at such ease when around it. For me everything seemed to line up perfectly. To me an aqua is more than just a stone, and I think everyone should have that, even if that does mean you still choose a Dimond💕.

Nick and I started looking at engagements rings beginning of last summer which may seem unconventional or strange since we weren’t engaged yet. I kept saying that “we were engaged to be engaged” haha. We had talked about marrying each other since about a month into dating. We knew we wanted to tie the knot right after he graduated collage, spring/summer of 2020. Meaning we would get engaged at least a year before, spring/summer of 2019 (I made it very clear to him that I needed at least a year to plan the wedding haha). And I knew that I wanted to pick out my ring/ possibly have to custom made due to it being so unconventional. So Summer of 2018 we started the search. I so glad we started it so early!

It took months and months to finally have it finished let alone finding the business that could make the dream come alive! We went to so many different stores from vintage stops, different custom jewelers, big name brands like Tiffany’s, a couple different rock shops, and apparently pale sea-foam aquas in the size and shape that I was looking for are super hard to come by. Not because Mother Earth doesn’t make a lot of them, because she does, it’s the fact that they are unconventional and unwanted by most. People who want aquamarines are usually going for the brighter more darker blues, meaning that there is no reason for gem sellers, collectors, distripters to carry them. Some places even told us that the color we were looking for A. didn’t exist, B. was only man made, C. they would convince us that they could bring some in that were exactly what we were looking for and then weeks later bring in some of the brightest blue stones I had ever seen. Which was honestly the most frustrating thing! Finally we found Rand Jewelers which is in Downtown Vancouver, WA, and the owner, Rand, was just a blessing and was able to fulfill every request we had! We were able to completely custom make my ring! He was able to find my beautiful stone that brought tears to my eyes the first time I saw it! A 3.5 carat aquamarine.

I was also able to show pictures of what I didn’t like about different settings. Shown below.

After that the best part was that he was able to make a wax mold of the ring for me to try on and adjust if need be, which I did to a few things. All shown below. The first four pictures was for the second time we were there and the last four are from our third meeting. You can tell because he added some more detail into the halo around the stone.

After this meeting, the last meeting Nick went alone because the ring was finished and we both decided for me to wait to see the finished product when he proposed. Which just made the whole thing so much more exciting and probably me a hell load more annoying for him haha. I probably asked him at least once a day “is it pretty???” “have you looked at it today??”, and he would always just be the biggest sport about it and be so sweet and answer “yes” with a cute smile to go along.

We couldn’t be more happier with our decision to go with an aquamarine and to be a little out of the box of tradition. All I’m trying to say is that if you do have any say in your ring or that you’re the one picking it out for yourself or another, its ok to be unconventional, whatever that means to you. Size, shape, color, stone, metal, meaning. All that matters is that it makes you happy and that everyday for the rest of your life it’s going to give you the same warm fuzzy feelings it did when you first put it on.

You may also enjoy: 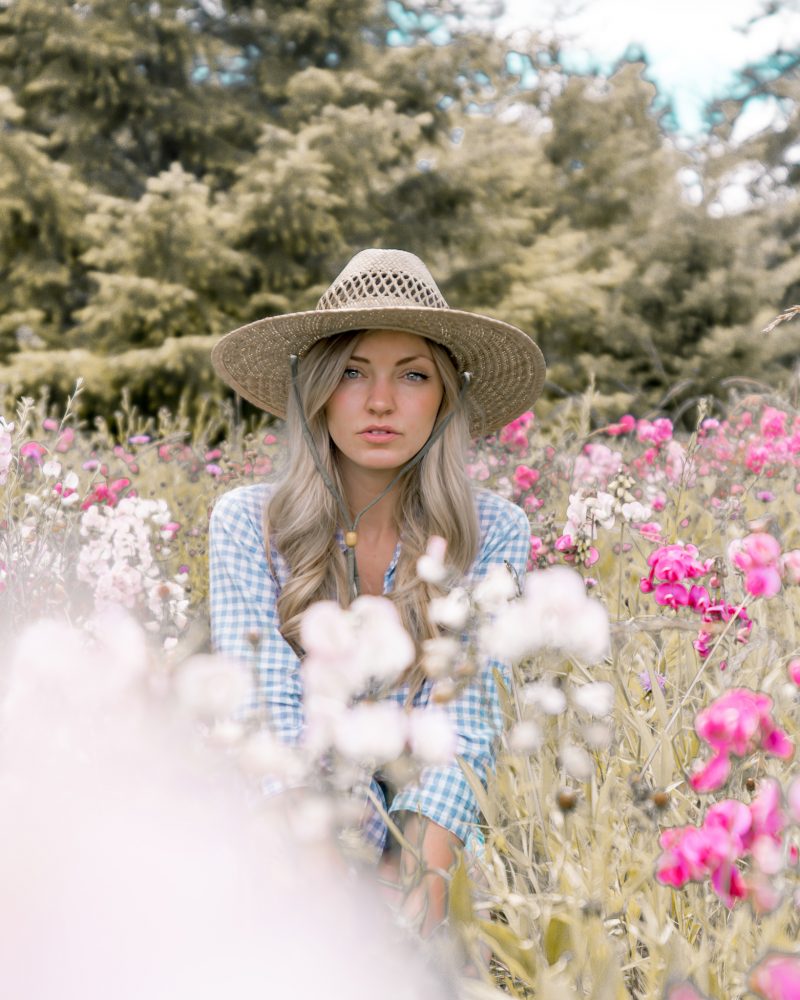